The season of advent is here.  It’s a time of expectant waiting, of joyful anticipation of our great King’s coming.  It’s a season meant for being filled with hope, as we look for Jesus.  I have to be honest, as advent approached this year, I wanted to run and hide.  I had visions of squeezing activities in between homework, basketball practices, ballet, school programs, shopping, church, meetings, parties, and more.  Last year, advent was scouring Pinterest, double booking, and switching days because “Oops, I forgot we had that tonight.” It was racing to the store for that missing ingredient or glue for the glue gun.  It was planning the class party, decorating the teacher’s bulletin boards, and making sugar cookies and salt scrubs and handmade ornaments.  All the while, still wondering, “Will this be enough?”  Not to mention, repairing and moving out of a 1,600 sq. ft. house into a cottage less than half that size, in cold and wet mid-December.  Advent meant pressure, stress, and frustration.  I just wanted the season to be over.  With these memories swirling through my head, I told myself we were not adhering to an advent calendar this year.  Bah Humbug…I know.  When I suggested this to my kids, it was clear they remembered advent differently.   In unison, they blurted out, “Whaaaaaat?”  Advent to them was chocolates tucked in sparkling, little boxes, with a note revealing a special pursuit.  Whether it was watching Polar Express while sipping hot cocoa in our jammies, or choosing a foster child to bless from the angel tree at the local grocery, it was festive and  fabulous!  So, they pleaded and I melted like a stick of butter on a warm stovetop.  “Okay, we will do advent, but I’m going to fine tune it a bit,” I declared.

As I began delving into advent, I was reminded that it doesn’t come with a requirement to bustle around busy…only an invitation to be still and wait patiently for a gift.  I don’t have to fill up my days with tasks made of green and red or sugar and spice, but I can sit and be filled with the simple joy of knowing Jesus came as Emmanuel, God with us. He is the gift that I already possess.  I almost missed out completely.  I was tempted to shut down and hide away from advent this year…from the honor of celebrating His glorious coming.  I decided not to obsess over a large to-do list, but not to turn a blind eye to the richness of this season, either.  I want to truly grasp the gift of being able to wait patiently with joyful expectancy.  Of course, being patient is hard.  Waiting can be strenuous.  How will we wait for Him?   Will we, like a bear who turns toward his cave for winter slumber, become disinterested in the happenings around us?  Will we choose to “sit it out” until conditions improve, until the sun shines warm once again? Will our bodies run only on survival mode, cold and hearts beating slow?  This is not living.  Often, it is in periods of inclement stillness, that His greatest blessings beg to be grasped.   If we are patient, the fog will lift.  Displayed in the Bible, is a magnitude of patience which encourages me greatly in these seasons of anticipation.   There are several examples of people who endured long periods of waiting. 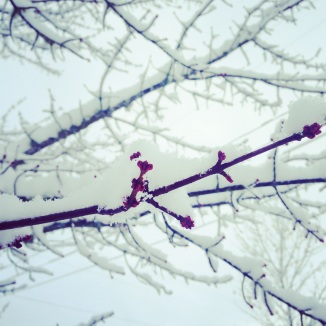 God promised Abraham that he would be the father of many nations.  God spoke, “To your offspring I will give this land.”  Abraham waited, and waited…and waited to become a daddy.  Many years into their marriage, Abraham and Sarah grew weary of waiting.  No child.  Sarah grew bitter, discouraged.  Taking their eyes off God, they took matters into their own hands.  But this sinful detour did not stop God from delivering upon his promise.  At 100 years of age, Abraham became a father to Isaac, a promised son whose name means “laughter.”   Of course, Sarah laughed with corrosive criticism at the thought of having a baby at such a worn and depleted age.  However, God honored the covenant between Him and Abraham, in His time.  Significantly, Abraham and Sarah learned to trust God during the process of waiting.

Joseph was another soul who endured a lengthy period of waiting.  He literally lived patience, with every breath he took.  Betrayed by his own brothers, he was sold into slavery and locked in a dungeon.  Hold on, wasn’t he a promised leader of God’s people?  I’m sure he wondered how he could possibly lead a people, even one person, from a prison cell!  Perhaps he even cried out?  He worked faithfully, doing everything his master required of him.  Thirteen years it took to go from pit to palace.  Finally at the age of 30, Joseph was made overseer to the king of Egypt.  In that position, he was able to save God’s people from famine.  Was it this patient endurance that gave Joseph the courage to not only forgive his brothers for what they did, but bless them?

We also have Job.  The expanse to which this man waited on the Lord is astonishing.  He lost his crops, his property, his cattle, his servants, and most agonizing…his children.  Job’s buddies believed that for a man to be hurled that kind of harsh wave, he must’ve sinned big.  They tried to pry out of him what he did.  However, he maintained that he was upright.  He wrestled with God over this devastating force of destruction.  Nonetheless, he never blamed God.  Further still, he trusted in His perfect plan.  What he speaks to God during this bewildering time is perhaps one of the greatest verses in all the Bible.  “Though He slay me, yet will I trust Him.” (Job 13:15)

Lastly, Jairus comes to mind.  Jairus, a patron of the synagogue, came running through a massive crowd of people to find Jesus.  He was desperate for Jesus to heal his dying little girl.  Jesus agreed to follow him to his home.  On the way, however, Jesus got stopped several times.  Once, by a woman who needed healing from sickness.  Of course, he attended to this humble woman.   Meanwhile, word came back that Jairus’s daughter has died.  Jesus was Jairus’s only hope.  Now, it was too late.  However, they continued to the house, where Jesus awakened and healed the girl.  I don’t know about you, but if she were my child, I would have been panicked and most likely irrational.  I might have told him, “Hurry up!”  This could possibly be the most intense form of waiting.

It seems there is always something of great meaning to behold while we wait.  There’s more to God’s silence than the feeling of His absence.  He is not departed from us.  He is here, beseeching us to open our eyes and see His beauty all around!   I tell myself this very thing as I sit in a period of waiting.  We wait on whether the urban growth boundaries will change, allowing us to build a more feasible sized home here on this little slice of heaven.  If the answer is no, then what?   If not here Lord, then where?  We are content here, and we are happy to rest in you.  Then, there’s your voice prompting us to consider adding to our brood.  How can we do that, Lord, in 700 square feet?  We are a people who desire to do the will of the Father.  So, we will wait…and watch…and keep our eyes fixed on you.  Oh, what a beautiful sight!   The laughter, the peace which abounds here…we wouldn’t trade it for any mansion.  The friendships formed and nurtured, the wonderment at how things fit in this small space, our sweet Grammy, being able to heal from a disease that once gripped my world…all priceless gifts given by an awesome God, while waiting!  This is what advent is all about.  Expectant waiting for a gift.  Waiting with joyful anticipation for our Lord’s coming.  His showing up…because He always shows up!  The period of time between the last inspired word of the prophets to the events of the new testament was roughly 400 years.  400 years of silence from God, between the Old Testament book of Malachi and the New Testament book of Matthew.  I imagine some of God’s people lost hope that He’d ever speak to them again.  After this great intertestamental period, He spoke mightily.   As He placed on the scene Joseph, whose name means “He will add” and Mary, whose name means “wished for child,” the earth rumbled with his voice.  With the very vibrations of His beating heart.  The waiting was over.  Advent had concluded, the Messiah was born, and fulfilled were hundreds of prophecies of His coming.

As we are almost a week into advent, I am blessed beyond measure as my children race to open up their little boxes each morning.  We’ve enjoyed sweets, delivered treats to loved ones, invited friends to church, and helped our elderly neighbors.   I look forward to some fun adventures ahead, such as ice skating, driving to see Christmas lights, and a candy cane hunt at the park.  We will continue to enjoy snuggling up with Ann Voskamp’s advent devotional, “The Greatest Gift,” for sure.  There will be gladness oozing from my heart, coming from this season’s hope-filled waiting, in the silence before the whole world changed. 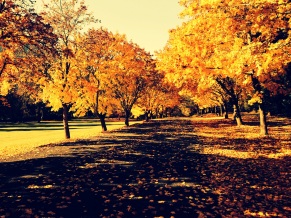 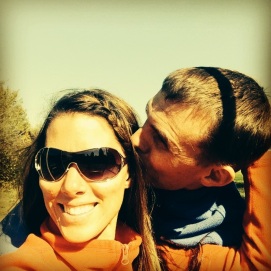 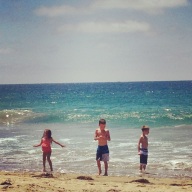 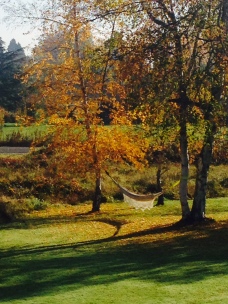 Marriage, Motherhood, and Minding what Matters Most

Chronicling the Life of Our Baby, Grace Lily Young